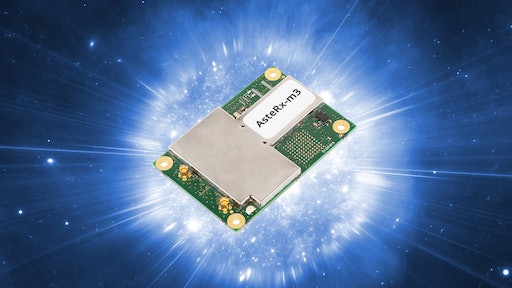 Septentrio announced an expansion of its GPS/GNSS* OEM portfolio with the AsteRx-m3 product family.

** A rover receiver, unlike a base station, is a receiver on the move. This type of receiver calculates its position with centimeter-level accuracy by analyzing signals from various GNSS satellites and by using correction information from base station receivers.