The legislation includes funding for domestic production of semiconductors as well as enhancements to manufacturing facilities. 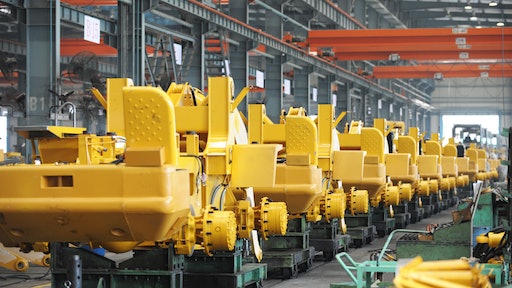 The semiconductor shortage and other supply chain challenges have made production more difficult for many manufacturers.
©xy – stock.adobe.com

On Feb. 4, the U.S. House of Representatives passed the America COMPETES Act. This legislation is designed to help improve domestic supply chains as well as scientific research to help make the U.S. more competitive. A Senate version was passed around 7 months ago which will now require the two legislative bodies to reconcile their versions into a single bill.

According to The Hill, the America COMPETES Act includes measures to help overcome the global semiconductor chip shortage as well as other strains on the U.S. supply chain. Both issues have been plaguing manufacturers in a variety of industries, including the heavy-duty on- and off-highway equipment markets, and are contributing factors to the recent spikes in inflation.

The latest Class 8 truck order numbers for January 2022, for instance, show the continued impacts of these supply chain struggles. While demand for new trucks remains high, OEMs are unable to keep up with production because they cannot get the components they need.

The Hill reports the House's legislation includes $52 billion that will be put toward stimulating domestic semiconductor production. Another $45 billion will be used for grants and loans which can be used by U.S. manufacturers to support their operations and enhance their facilities in an effort to boost domestic supply chains.

More funding will also be provided to the National Science Foundation and U.S. Dept. of Energy (DOE) to aid scientific research. Efforts will made to attract more people into careers related to science, technology, engineering and math.

The Association of Equipment Manufacturers (AEM) has voiced its support for the new legislation. Senior Vice President of Government and Industry Relations Kip Eideberg issued the following statement upon passage of the legislation by the House. "Passage of the America COMPETES Act moves us one step closer to our goal of strengthening America’s supply chains, training the next generation of skilled workers and supporting the future of equipment manufacturing in America," said Eideberg. "The authorization of $45 billion in grants, loans, and loan guarantees to support supply chain resiliency will boost domestic manufacturing of critical goods. The inclusion of the BUILDS Act will ensure that American workers get the training they need to succeed and take on the family-sustaining jobs in the equipment manufacturing industry.

"Although the America COMPETES Act includes some worthy components — including for the CHIPS for America Act to bolster U.S. semiconductor capacity and new tools for supply chain resiliency — the legislation still needs a lot of work. Lawmakers must ensure there is sufficient funding for semiconductor research and development and establish a transparent process for equipment manufacturers to petition for Section 301 tariff exclusions.

"We urge Democrats and Republicans in the House and Senate to expeditiously engage in a formal conference to address areas of concern and produce a durable, bipartisan law that helps equipment manufacturers meet the challenges of the global economy.”

The April 2021 report shows that 56% of metalforming companies forecast an improvement in economic activity, though increased lead times for steel and other materials pose challenges.
Precision Metalforming Association (PMA)
April 29, 2021
Follow Us