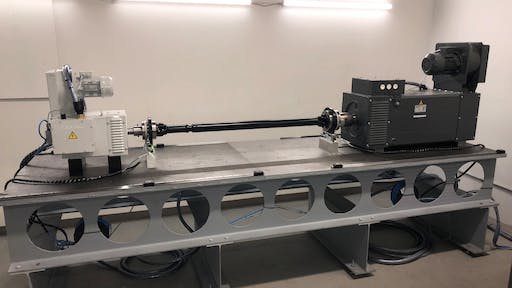 “The current focus on real-world emissions means the efficiency challenge has suddenly become substantially more critical, yet parasitic and other losses are still draining energy unnecessarily,” says Jon Brentnall, President DSD Inc. “Our parent company has developed what we believe is Europe’s most advanced, commercially-available development center for vehicle driveline efficiency, with many test systems designed in-house to ensure that areas that have not previously received sufficient attention can now be investigated. It is our intention to build similar test capability tailored to the North American market.”

Further expansion throughout the year will include a hydraulic test stand for hydraulic valve body development and a tilt rig, which provides enhanced lubrication flow analysis capability. “This will require a larger facility in the area, which we are already investigating,” says Brentnall. “We are delighted to be offering this opportunity for the automotive industry in North America, but also for aspiring engineers looking for their next challenge – the initial expansion has already generated nine engineering vacancies.”

The new facility will also include extensive customer accessibility, allowing DSD’s engineers to work closely with its customers throughout design, development and validation programs. “Our consultant engineers in Europe found that they were able to produce designs that theoretically provided significant, low cost improvements in efficiency, but that the test facilities were not available to focus development attention in the appropriate areas,” Brentnall explains. “The answer was to develop their own test systems, designed specifically for this increasingly important area of driveline engineering. With the accelerating trend to electrification, the test center is also designed for mild and full hybrid drivelines and full electric drivelines.”

DSD Inc. will be presenting at the CTI Symposium USA at Novi, MI, on May 14-17. The company will present a paper that focuses on the control software and novel thinking behind the control strategy for a transmission that will have undergone initial light load testing using the new efficiency test rig.

The companies will bring together their engineering, testing and manufacturing products to aid new and existing customers.
Taylor Dynamometer
July 17, 2020

Increased customer demand for testing assistance has prompted the company to open a second validation center.
Freudenberg-NOK
July 9, 2020
Follow Us