Rolls-Royce will deliver 589 MTU Series 199 diesel engines to General Dynamics for its SCOUT Specialist Vehicle being utilized by the British Army. 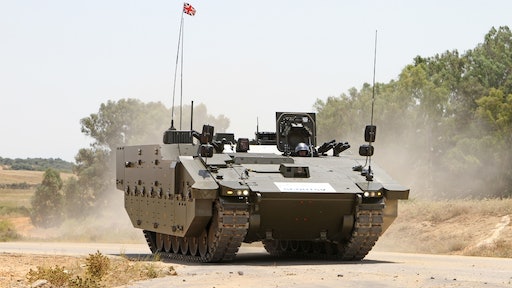 The future Scout SV armored fighting vehicles of the British Army will be powered by MTU 8V 199 TE21 engines.

Rolls-Royce has received an order from General Dynamics European Land Systems for the delivery of 589 MTU Series 199 diesel engines for use in the new SCOUT Specialist Vehicle (SV) for the British Army.

The contract value is approximately €80m and will be the first time that MTU engines have been utilized in British Army platforms. The vehicles will be delivered by General Dynamics UK in six variants and will form the backbone of the British Army’s future fleet of Armored Fighting Vehicles. Delivery of the engines will start in 2016, and the last engines will be delivered in 2022.

Dr. Ulrich Dohle, Rolls-Royce Power Systems, Chief Executive Officer, says, “We are delighted that our MTU engine has been trusted for this important project. This order once again proves that when it comes to performance and reliability, the Series 199 engine is benchmark in its power range.”

The 8V 199 TE21 engines each have a power output of 600 kW and are the most powerful engines of the series. Engines of Series 199 have established themselves in various armored vehicles, among them the Austrian ULAN and the Spanish Pizarro vehicles. MTU’s scope of delivery includes the cooling system and two generators with 550 amp with each engine.