CEMA reports 25% more agricultural tractors were registered across Europe in the first 6 months of 2021 compared to the first half of 2020. 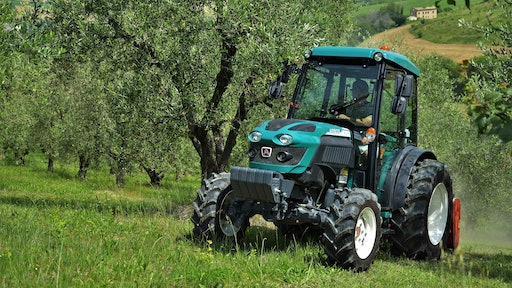 Overall, some 189,242 tractors were registered across Europe in the full year 2020, according to numbers sourced from national authorities, and reported by CEMA. Of these registrations, 49,338 vehicles were 37 kW (50 hp) and under, and 139,904 were 38 kW and above. CEMA considers that 149,667 of these vehicles are agricultural tractors, the rest being quads, telehandlers or other equipment. Corrections are significant (i.e. more than half of registrations) in countries such as Slovakia, Finland, Iceland, Sweden, Luxemburg, Estonia and Croatia.

Agricultural tractor registrations for the full year 2020 decreased by around 3% in comparison with 2019, a result that would overall indicate relative stability compared to previous years. But the COVID-19 pandemic had a very significant impact, with a drop in registrations of almost 20% in the second quarter of 2020 versus Q2 2019, at a traditional peak time of the year. Seasonal agricultural work could not wait, and the industry demonstrated its resilience in the third (+7,5% vs 2019) and fourth quarters (+4% vs 2019) to catch up with demand. This performance, despite COVID-19 production and distribution constraints as well as massive supply chain challenges, was notably made possible by the European Union decision to postpone deadlines for machines using transition engines under 56 kW and over 129 kW. The industry was however concerned about machines using transition engines in the 56-129 kW range.

All power categories were severely impacted by COVID-19 in the second quarter of 2020, some of them up to a dramatic 30% drop versus 2019. Not all could catch up later in the year, as demonstrated by the trends per power category for all vehicles. When filtering out all “other” vehicles from the 2020 registrations and retaining only agricultural tractors, evidence confirmed that the powerband between 56 and 129 kW – which represents up to 60% of the agricultural tractor registrations across Europe – was still facing an 8% drop in registrations in 2020 versus 2019 at the end of the year. As COVID-19 constraints and supply chain challenges continued, the industry renewed the call for a European Union decision to also postpone deadlines for machines using transition engines in the 56-129 kW range.

First half of 2021 confirms recovery despite supply chain challenges

According to numbers sourced from national authorities, some 115,146 tractors were registered across Europe in the first 6 months of 2021. Of these registrations, 32,353 vehicles were 37 kW (50 hp) and under, and 82,793 were 38 kW and above. CEMA considers that 89,060 of these vehicles are agricultural tractors, the rest being quads, telehandlers or other equipment.

These numbers confirm high levels of demand as farmers, contractors and all other actors of the European agri-food chain went through great efforts to ensure access to safe and nutritious food in times of a continuing pandemic. Overall, 25% more agricultural tractors were registered across Europe in the first 6 months of 2021 compared to the first half of 2020, badly hit by the pandemic. For manufacturers, COVID-19 production and distribution constraints gradually improved in 2021 but did not come back to normal. Significant supply chain challenges remained, with new issues adding to ongoing problems as the world was recovering and competing for scarce supply. The European Union’s decision to postpone deadlines for machines using transition engines in the 56-129 kW range proved essential to help industry manage through these extraordinary times.

According to the latest CEMA barometer, the general Business Climate Index for the Agricultural Machinery Industry in Europe seems to have reached its peak in the months of May and June (with highest levels since 2008). In September, the index decreased slightly for the third month in a row at a high level (to 63 points on a scale of -100 to +100). The drop this time is the result of some companies evaluating their current business slightly less favorably.

Uncertainty continues as to what extent the orders can be realized against the backdrop of extreme price increases and shortages on the supplier side. Meanwhile, 40% of the companies expect a production stop due to a lack of certain parts in the coming month.

On the other hand, demand from end customers in Europe seems to remain robust. The industry still sees a high need for investment for almost all of Europe, especially among farmers within Central to Eastern Europe. Accordingly, the regional breakdown shows for each single European market a majority of survey participants expecting turnover increases in the next 6 months, with the CIS countries having moved up the most in the market ranking.

Against this background, the European industry representatives remain confident of closing the year with strong results. With regard to the full year 2021, the survey participants expect for their company a turnover increase of +13% (arithmetic mean) or +10% (median).