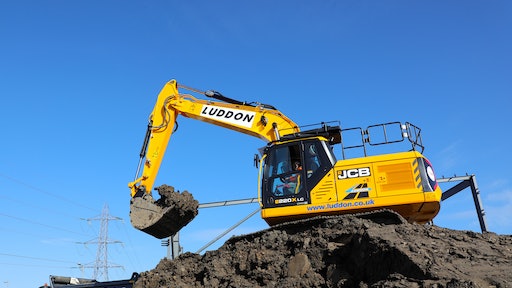 This industry update features a brand launch, acquisitions, partnerships and moves to HVO as an alternative fuel.

Caterpillar to Relocate Global Headquarters to Dallas-Fort Worth Area

Caterpillar announced that it will move its global headquarters to the company’s existing office in Irving, Texas, from its current location in Deerfield, Illinois.

Caterpillar has had a presence in Texas since the 1960s across several areas of the company. Illinois remains the largest concentration of Caterpillar employees anywhere in the world. The company will begin transitioning its headquarters to Irving in 2022.

Read the full release from Caterpillar.

Bailey International, LLC (Bailey) announced the acquisition of Québec-based, Hydrolico International, Inc. (Hydrolico). This acquisition will expand Bailey’s product portfolio and provide additional expertise in hydraulic and pneumatic manufacturing. Bailey will continue to develop and grow the Hydrolico business in Canada and the United States.

This technical partnership expands an existing relationship between the two companies. In December 2021, AGCO announced a strategic investment in Apex.AI.

The award-winning autonomous robot concept Fendt Xaver, developed by Fendt as part of a research project, plants seeds on farms 24 hours per day with centimeter precision thanks to the Apex.OS software. Fendt Xaver uses 90% less energy than conventional machines because of its lightweight electric design, which produces zero emissions.

The Wacker Neuson Group (Wacker Neuson), a manufacturer of light and compact equipment, concluded an agreement with the majority owners of Spanish company Enarco S.A. to acquire 100 percent of the Enar Group. Execution of the transaction on June 1, 2022, means Enar is now officially part of the Wacker Neuson.

Enar is a manufacturer of light construction equipment, specialized in concrete compaction. Alongside a wide range of internal vibrators for concrete, the company’s product portfolio also covers vibratory plates, rammers and walk-behind rollers for soil and asphalt compaction. The new alliance will further strengthen Wacker Neuson’s market position and extend its international reach, particularly in the field of concrete technology. Wacker Neuson will manage Enar as an independent brand.

McElroy, a designer and manufacturer of thermoplastic fusion equipment, announced Chris Zenthoefer as the company's new director of digital strategy. As director of digital strategy, Zenthoefer will assist in crafting McElroy's technological approach to its equipment, while working alongside other members of McElroy's leadership team. He looks forward to championing that effort.

Command Alkon, an integrated software and technology solutions provider for the heavy building materials industry, announced the addition of Ranjeev Teelock to the Senior Leadership Team as chief product officer. In his role, Teelock will drive scalable processes around the entire product life cycle from conception through development and to market launch. In addition, he will scale, mentor and manage the entire product team including product managers, technical product managers and UX designers.

National Center for Manufacturing Sciences (NCMS) President and CEO Lisa Strama was recognized with a 2022 International Honor Award from SME, the nonprofit association of professionals, educators, and students committed to promoting and supporting the manufacturing industry.

Strama received the Donald C. Burnham Manufacturing Management Award, which recognizes exceptional success in the integration of the infrastructure and processes of manufacturing through innovative use of human, technical and financial resources.

Strama was honored with six other industry and academic leaders for contributions in the areas of manufacturing technologies, processes, technical writing, education, research and management, and service to SME.

Communication has grown in strategic importance over the years and has become imperative in supporting Scania’s purpose to drive the shift towards a sustainable transport system.