With the award AEM says it is pleased to honor the Steiger family for their vision, creativity and contributions to the industry and quality of life. 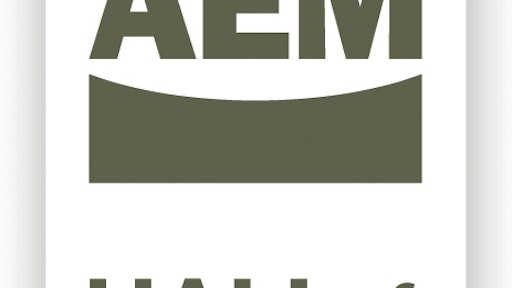 The Association of Equipment Manufacturers (AEM) announces the newest inductee to the AEM Hall of Fame: the Steiger Family (John, Maurice and Douglass), co-founders of Steiger Manufacturing Company.

The AEM Hall of Fame recognizes and celebrates outstanding individuals in the off-road equipment industry and their legacy of innovation, service and leadership.

“AEM Hall of Fame inductees represent some of the most influential minds in the history of off-road equipment manufacturing, and they are an inspiration to the next generation of leaders,” says AEM President Dennis Slater.

“We honor these leaders and their dedication, and we are pleased to recognize our newest inductee, the Steiger family, for their vision, creativity and contributions to our industry and quality of life.”

Nominations for the AEM Hall of Fame are open year-round. Companies or persons may submit nominations for individuals, living or deceased, who have made noteworthy and specific contributions to the industry’s legacy of progress.

An independent panel of industry experts evaluates potential inductees, and honorees are publicly announced and celebrated during special ceremonies at AEM’s annual conference of member companies.

More than 55 industry leaders have been inducted into the AEM Hall of Fame since its inception in 1993. Learn more and read their stories at www.aem.org/HallofFame.

About the Steiger Family, the 2018 AEM Hall of Fame Inductee

Below is a brief summary of some of the reasons the Steiger Family (John, Maurice and Douglass), co-founders of Steiger Manufacturing Company, was chosen for induction.

John Steiger and his sons, Maurice and Douglass, were responsible for initiating the trend in high-horsepower tractors in agriculture, with an articulated design not previously available in large-scale farming equipment, which contributed to greater efficiency and increased production.

By the late 1950s, the Steiger farming operation in Red Lake Falls, MN, had grown so large that it needed a more powerful tractor. Not finding what they wanted, the Steigers built one to meet their needs during the winter of 1957-58 in a previously abandoned dairy barn.

Douglass, a mechanical wunderkind, designed the machine despite no formal training in engineering or draftsmanship. They improvised much of the tooling with components off the shelf or from other machines. The only part of the drive mechanism that was custom-designed and built was the power divider.

With a lime-green paint job and new tires, Steiger #1 did the work of all three of their smaller tractors, cultivating a then-unprecedented number of acres in a day. Steiger #1 impressed local farmers, who asked the Steigers to build them tractors as well.

The Steigers officially went into the tractor business in 1963. Douglass was chief designer (and handled much of the sales effort), John provided overall leadership and guidance, and Maurice managed production.

Horsepower range increased, new features were added, and as the 1970s wound down, Steiger Tractor had produced its 10,000th tractor and had become an industry leader.

In addition to farming and manufacturing, the Steigers led several related businesses. They were active in the community, honored with several business and innovation awards, and received several patents.

The Steiger brand lives on still; the company was bought by Tenneco in 1986, then parent company of Case IH.

The powertrain will be integrated into an International RH Series truck and uses two HyPM HD90 power modules.
Cummins Inc.
November 11, 2020
Follow Us