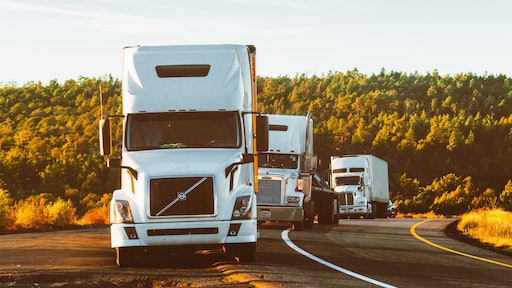 New data from ACT Research indicates predictions are thus far on track for a slowdown in the commercial vehicle markets.

Its recently released Transportation Digest shows the Class 8 market is moving from peak activity in sales and build in 2019 to a substantial correction in 2020. Activity for the total medium-duty market was mixed in September, with weakness in sequential comparisons, but expansion still evident in longer-term performance.

“With the trade war as a major caveat to forecast expectations, our underlying view is that the economy will experience slower growth but not recession in 2020, setting the heavy-duty truck market up for a modest rebound in 2021 followed by growth into 2023. However, the far years of this forecast are influenced by the prospect of new emission controls in 2024, triggering a 2023 prebuy, followed by a 2024 payback,” says Kenny Vieth, ACT’s President and Senior Analyst. He continues, “This regression-to-the-mean for 2020, after near-record production in 2019, has been our forecast since early 2018, so our subscribers have had nearly two years of yellow-light signals on the upcoming correction.”

Regarding the medium-duty market, Vieth comments, “Customers clearly remain concerned about the near-term future, as demonstrated by the continuing pullback in order activity that has led to narrower backlogs. Despite the weaker looking front-end of the demand cycle and very high inventories, build and sales continue to perform at near-record levels.”

ACT Research's Commercial Vehicle Dealer Digest notes that expectations for the Class 8 and trailer markets is an accelerating pullback in build rates, as freight market conditions remain at a low ebb. While less cliff-like, the medium-duty market indicators continue to support a modest correction into 2020.

He continues, “This month, it is worth touching on the weaker-than-anticipated activity in the economies of Canada and Mexico, with GDP expectations for the former pared back to 1.5% in April, and the latter falling to 0.6% this year.”

Tam adds, “Not surprisingly, the primary drivers of devolution in North American economic activity and expectations are broadly the same in all three cases and can be succinctly summed up in just a few words: Trade war, threats, and tariffs. More broadly, the slowdown in global economic activity in large part represents the fallout from the clash of economic titans that began in early 2018.”

He concludes, “The key risk to all vehicle market forecasts, and the U.S. economy broadly, in either direction, remains the trade war with China. With U.S. manufacturers and farmers struggling to compete on the tilted global playing field, the key driver of growth in the mid-term outlook is the U.S. consumer, with job and wage growth, as well as savings rates, all at healthy levels and supported by consumer confidence and spending.”