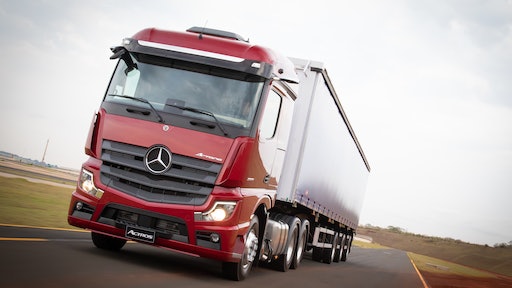 In December 2019, commercial vehicle registrations increased by 5.7% across the European Union, ending 3 months of decline.

Demand was largely driven by the van segment, which accounted for over 86% of all CV registrations last month. Looking at the biggest markets, results were mixed. Both France (+7.4%) and the United Kingdom (+7.1%) posted growth in December, but registrations fell in Spain (-8.3%), Italy (-4.0%) and Germany (-1.7%).

In December, registrations of light commercial vehicles went up 8.2%, reversing the downward trend of the preceding months. Three of the five key EU markets posted growth last month: France (+8.7%), the UK (+7.8%) and Germany (+1.6%). By contrast, demand contracted in Spain (-8.2%) and Italy (-3.1%). The exceptional performance of the Swedish van market (+180.3%) can be explained by an increase in the annual road tax announced for 2020.

Last year, new van registrations totalled 2.1 million units across the EU, a 2.8% increase compared to 2018. The introduction of WLTP for vans in September pulled forward registrations during the summer months, which subsequently slowed down from September to November. However, that effect eased in December, with demand for vans going up again. The five big markets all posted gains last year, with Germany (+6.9%) and France (+4.5%) making a particularly important contribution.

December 2019 results of the heavy-duty segment were 13.6% lower than the same month in 2018, making it the sixth consecutive month of falling demand in 2019. The main reason for this downturn is the introduction of new, obligatory tachographs in heavy trucks from 15 June 2019. As a result, the major EU markets performed worse than the year before. Germany (-20.4%), the United Kingdom (-15.4%) and France (-11.9%) posted double-digit declines in the last month of the year.

In December, EU demand for new trucks decreased (-9.4%) for the sixth month in a row. This was mainly the result of the decline in heavy-truck registrations, which made up the bulk of total truck demand. The region’s main markets followed this negative trend, with Germany (-12.2%), Italy (-11.7%) and France (-10.5%) seeing double-digit drops.

Last month, EU demand for buses and coaches recorded a modest increase (+1.2%), ending the negative trend that started in July. However, the five big markets still posted diverse results in December. France and the UK saw exceptional growth in the last month of the year (+69.6% and +41.8% respectively), while sales declined sharply in Spain (-31.8%) and Germany (-15.7%).

In 2019, new bus and coach registrations expanded by +1.8% across the European Union, despite the negative performance of the segment during the second half of the year. It is worth noting that the Central European countries gave a strong boost (+5.1%) to the full-year total. Among the major Western European markets, only France (+8.8%) made a positive contribution to the region’s growth.