FTR reports that orders for Class 8 trucks in North America during June were strong, with a 41% year-over-year increase. 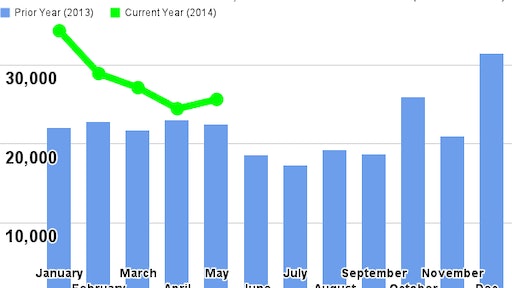 Don Ake, FTR Vice President of Commercial Vehicles, comments, “June’s numbers are significant, especially considering that order activity typically slows when summer starts. It wouldn’t have been surprising to see Class 8 orders under 20,000 units for June, so a 26,000 level is outstanding. FTR has been forecasting a very robust second half of the year and the positive June numbers confirm our outlook.”

Final data for June will be available from FTR later in the month as part of its North American Commercial Truck & Trailer Outlook service.