Liang Wengen, Chairman of the SANY Group, has been named a 2012 Economic Person of the Year by CCTV Network. 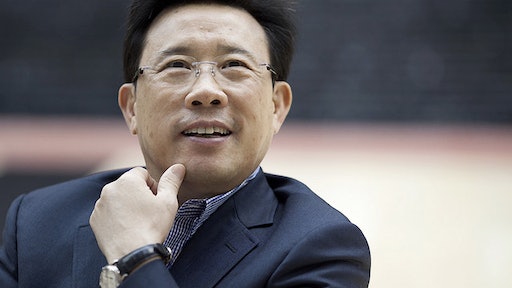 SANY Group Chairman Liang Wengen is one of 10 business and economic leaders named 2012 “Economic Person of the Year” by the Chinese broadcast network CCTV.

Liang’s inclusion on the Economic Person of the Year list was announced December 12 at a ceremony in Beijing, China. In making the award, the network cited SANY Heavy Industry Co. Inc.’s acquisition of German concrete pump manufacturer Putzmeister Holding GmbH. The 2012 purchase made SANY the world’s top manufacturer of concrete pumps. The move was part of SANY’s drive to become a more global equipment brand.

Chairman Liang last won the Economic Person of the Year Award in 2005.