Sales increased 17% during the first 6 months of the year compared to 2018. 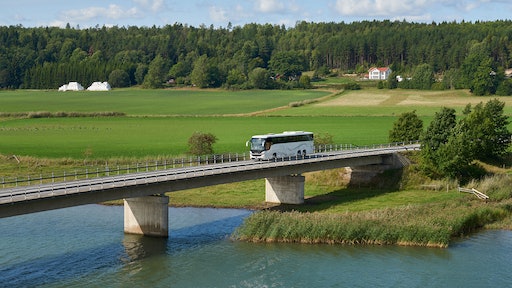 Scania increased its net sales to a record high SEK 77.3 billion in the first 6 months of 2019, an increase of 17% compared to the previous year.

“Scania increased its net sales to a record high SEK 77.3 billion in the first 6 months of 2019, an increase of 17% compared to the previous year. Earnings rose to a new all-time high of SEK 9,444 m., which gave an operating margin of 12.2%. Higher vehicle and service volume, currency effects and a more favorable market mix contributed positively to earnings. The phase-out of double product ranges also improved the cost situation in production, even though some increased costs remain, related to the new truck generation and to handling the backlog in customer deliveries from previous flow disruptions.

“The measures put in place to normalize the higher cost situation are continuing and the global production system is adapting to a more normal situation.

“Demand for trucks in Europe remains strong. In Latin America, the demand trend is reflected by the continuing recovery in Brazil. Demand in Eurasia was impacted negatively by a slowdown in Russia. In Asia, order bookings fell in comparison with the previous year mainly in the Middle East. Demand for buses and coaches slowed somewhat due to lower order intake in the Middle East. In the Engines business area, demand fell slightly compared to the previous year.

“There is still a high capacity utilisation in customers’ vehicle fleets and service revenue amounted to a record high SEK 14.3 billion during the first half of 2019, an increase of 9%. Financial Services maintained its trend of increased profitability and reported operating income of SEK 737 million.

“With just over 19.4% of the European market, Scania takes the lead in the registration statistics for trucks over 16 tonnes in the first half of 2019. The success is mainly explained by the good reception of Scania’s new truck generation. Scania delivers a clear customer benefit and during the year Scania’s R 450 won the prestigious Green Truck Award 2019 as the most fuel-efficient and sustainable commercial vehicle in its class. Consequently, Scania has won the award for the third year in a row.”

The NFPA reports mobile hydraulic orders received from August 2020 to July 2021 are currently 131.9% above those of the previous period.
National Fluid Power Association (NFPA)
September 22, 2021

Construction Machinery Orders to Grow into 2022

There is a massive commercial opportunity for OEMs who utilize an open architecture to win more customer bids.
Roger Brereton
August 30, 2021
Follow Us