The truck's new Active Drive Assist can brake, accelerate and steer in all speed ranges, and includes a mirror-cam instead of exterior mirrors. 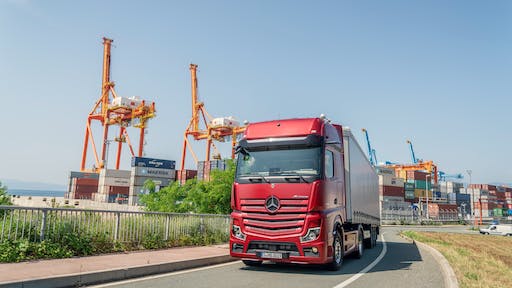 World premiere of the new Actros in Berlin. Shortly before the IAA Commercial Vehicles Show, which is to be held in Hannover from September 20-27, 2018, Mercedes-Benz Trucks presented the brand’s new flagship to the world press on the evening of September 5. The new Actros increases safety for all road users, efficiency for operators and comfort for drivers to unprecedented levels.

The most important and most spectacular innovation is Active Drive Assist, with which Mercedes-Benz Trucks puts partially automated driving into series production. The new Active Drive Assist can brake, accelerate and steer independently. Unlike systems that only work at certain speeds, Active Drive Assist offers the driver partially automated driving in all speed ranges for the first time in a series-produced truck. New elements are the active latitudinal control and the combination of longitudinal and lateral control in all speed ranges through the fusion of radar and camera information. 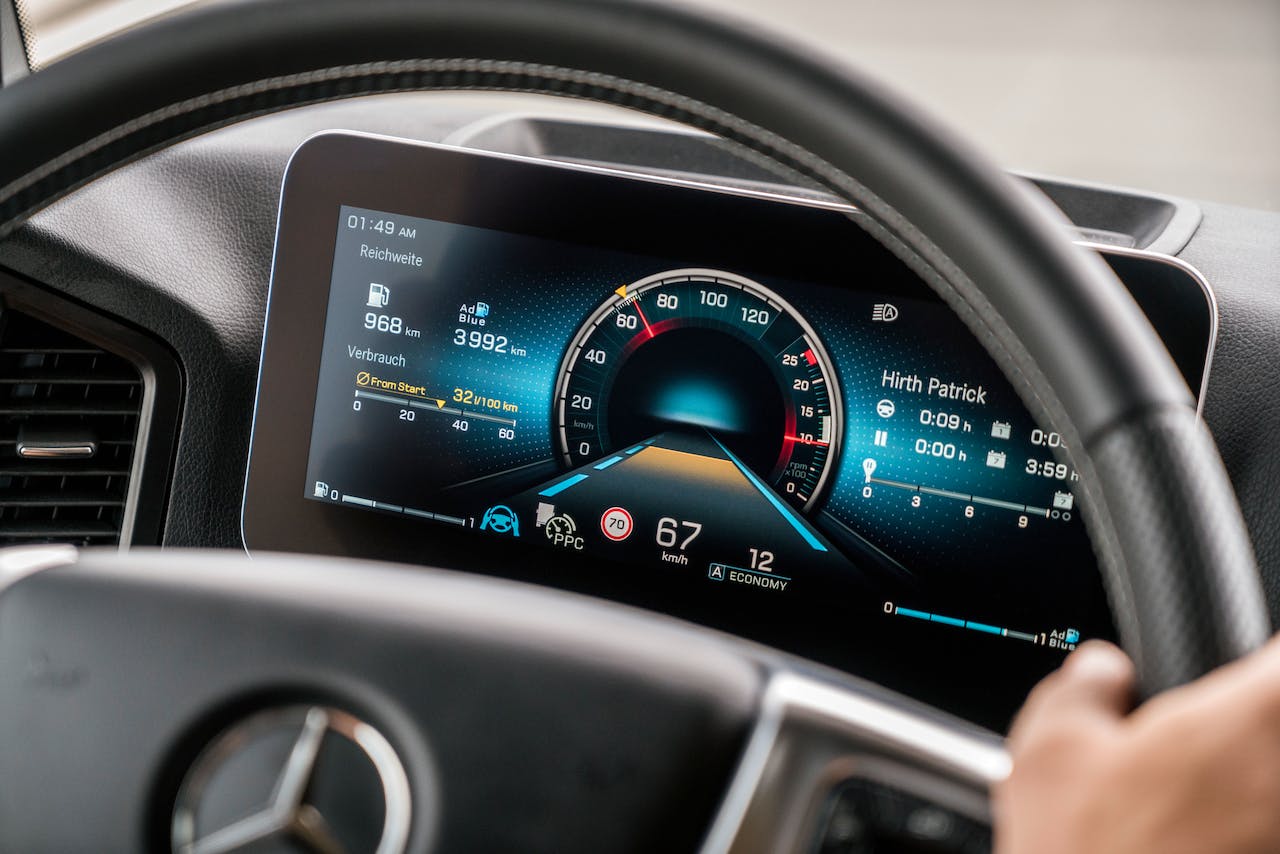 Active Drive Assist builds upon the tried-and-tested adaptive cruise control with stop-and-go function and the lane-keeping assistant from Mercedes-Benz. While responsibility for monitoring the traffic situation remains with the driver, the system provides significant support and makes an important contribution to increased road safety.

“With more than 60 innovations, the new Actros already puts the future of heavy-duty trucks on the road today. Just 4 years after the presentation of the Mercedes-Benz Future Truck 2025 driving in automated mode, we are launching the new Actros with the world’s first partially automated assistance system in a series-produced truck,” stated Stefan Buchner, Member of the Daimler Trucks Divisional Board of Management and Head of Mercedes-Benz Trucks. “We at Daimler Trucks are thus further extending our leading role for automated driving. When fitted with Active Drive Assist, our new Actros makes the logistics business significantly safer for all road users and more efficient for our customers.”

Mercedes-Benz Trucks underscores its pioneering position for the safety of heavy-duty trucks – a role that has been affirmed time and again by market demand – also with the once again improved Active Brake Assist of the fifth generation. Since the launch of Active Brake Assist 1 in 2006, nearly 230,000 trucks from Mercedes-Benz have been sold with the emergency braking assistant on board.

Active Brake Assist 5 supports the driver when there is a danger of a rear-end collision or a collision with person crossing, oncoming or walking in the truck’s lane – also with an automatic full application of the brakes if necessary. A new aspect is that Active Brake Assist 5 now works with a combination of radar and a camera system. This allows it to monitor the space ahead of the vehicle even better and to react to persons in the road even better. 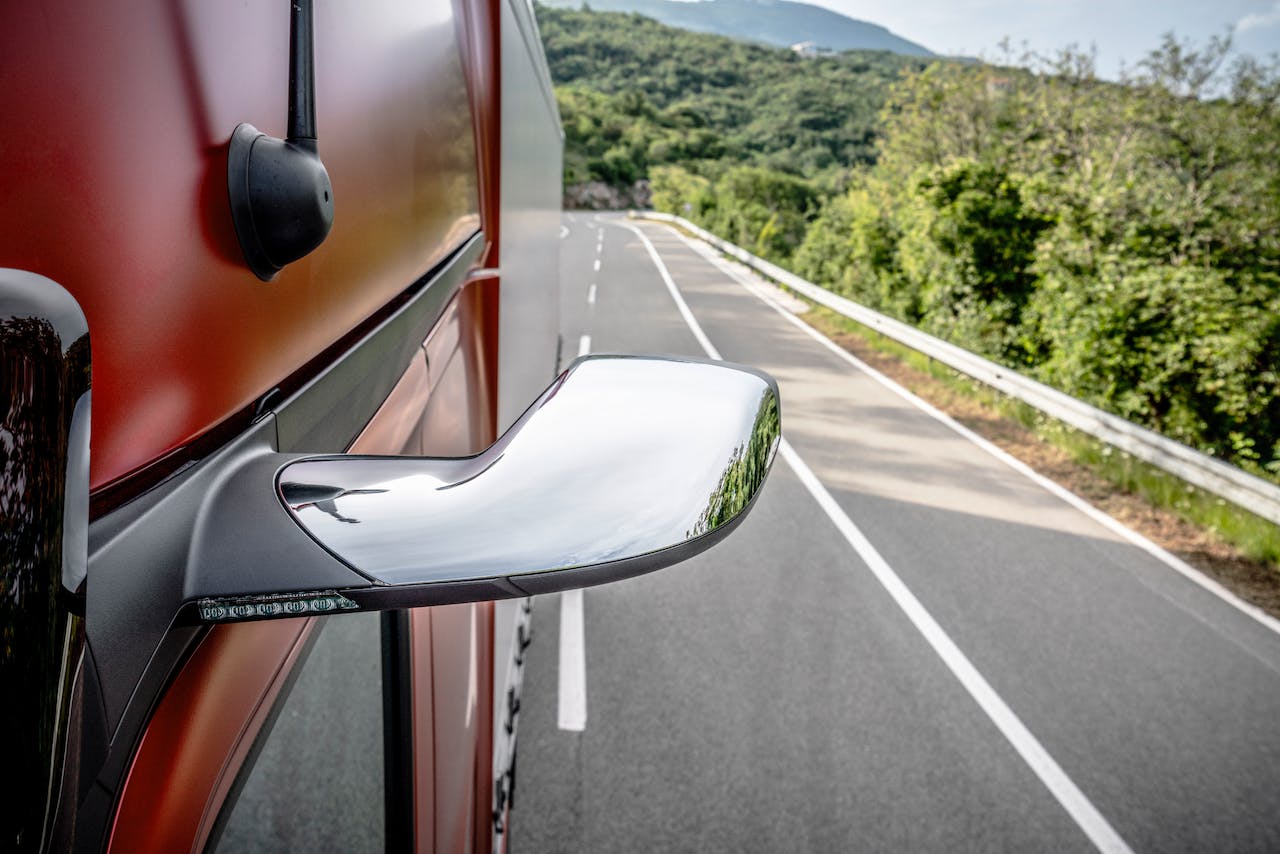 Mirror-cams replace extended side mirrors on the new Actros.

The new Actros differs from its predecessor also visually: its main mirrors and wide-angle mirrors have been replaced by mirror-cams as standard equipment. The mirror-cam is an enormous improvement in terms of aerodynamics, safety and vehicle handling. The system offers greatly improved all-round visibility and consists of two cameras mounted on the outside of the vehicle and two 15-in. displays on the A-pillars inside the driver's cab.

Connectivity and intuitive operation also due to the multimedia cockpit

With the design of the interior and the controls, Mercedes-Benz Trucks strictly follows the inside-out principle. All new developments are thought out from the driver’s perspective, because truck drivers sit behind the wheel for many hours a day. After work or between driving hours, they spend their breaks in the vehicle. How the human-machine interface (HMI) is designed has a major impact on driver performance. That's why the design engineers design a complete workplace. The new Actros with its completely revised HMI offers the driver unique operating and display comfort. Two interactive screens are standard equipment and serve as a central source of information in the driver's digital workplace of the future. In addition to all driver-relevant basic information, the assistance systems are also visualized here. Smartphones are of course integrated via Apple CarPlay and Android Auto.

The Truck Data Center permanently connects the truck with the Cloud and is the basis for all connectivity solutions, such as apps that help the driver to perform his transport tasks. This means that connectivity becomes reality in the new Actros. Real-time control of the truck through the connected services provided by Fleetboard and the preventive service product Mercedes-Benz Uptime offer truck operators further added value. That includes predictive maintenance and shorter stand times. Furthermore, the new remote-control key as standard equipment gives the driver additional operating convenience.

The fuel consumption of the new Actros is once again lower than that of its predecessor with savings of up to 3% on highways and up to 5% on country roads. Aerodynamic improvements have been achieved thanks to mirror-cams and new rear-edge flaps. The intelligent Predictive Powertrain Control (PPC) for cruise-control and gear shifting operates even more efficiently and can now also be used on country roads thanks to its expanded map material. In addition, a new, fuel-saving rear-axle ratio is in use. 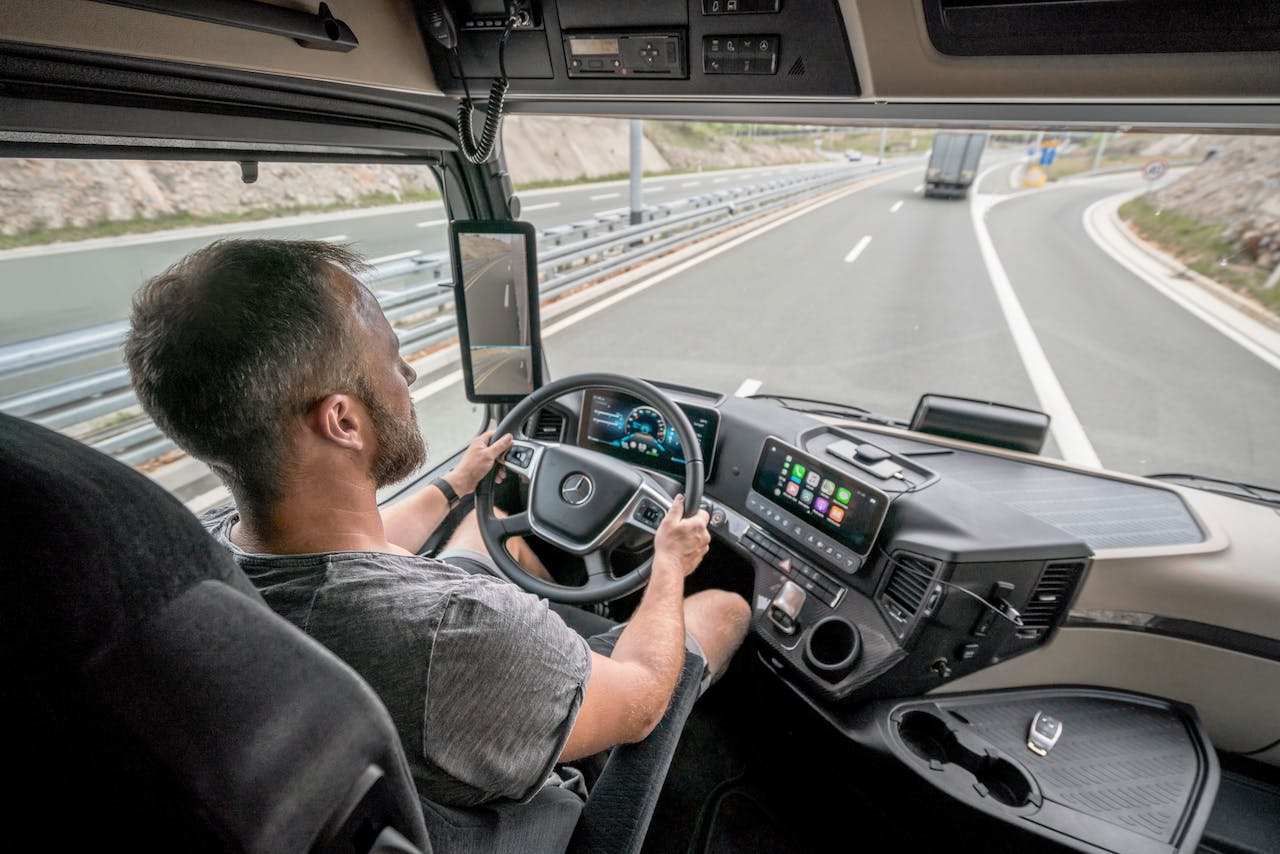 The new Actros can be ordered as of the IAA 2018 Commercial Vehicles Show and the first vehicles will be delivered to customers next spring. The configuration possibilities of the new Actros are so numerous that every customer can order exactly the Actros that best fulfills its requirements. With this policy, Mercedes-Benz Trucks has obviously been doing the right thing for customers for many years: Approximately 1.2 million units of the heavy-duty truck have been delivered to customers on all continents since the market launch of the first Actros generation in 1996. About a fifth of them belong to the second Actros generation, which has been produced since 2011.

The Actros is produced at the Mercedes-Benz plant in Wörth, just like its predecessor. Numerous modifications have been made at the factory, not only due to assembly changes such as for the all-new cockpit, but also because of the growing proportion of information technology in the truck. In preparation for the significantly increased functionality in the new vehicle, extensive qualification concepts were developed and intensive training courses were conducted for the production team. In particular, the use of touchscreens instead of switches and buttons requires considerable electronics expertise. Requirements also increased during the vehicle’s final check; each mirror cam is calibrated individually by the employees for example.

Mercedes-Benz Trucks’ biggest truck assembly plant on the River Rhine was founded in 1963. It produces the Mercedes-Benz trucks Antos, Arocs, Atego – and for more than 20 years the world’s most successful heavy-duty truck, the Actros. The Mercedes-Benz special trucks Econic, Unimog and Zetros are also produced here. Up to 470 trucks – produced exactly according to the customers’ requirements – leave Wörth every day for customers in 150 countries. The plant on the Rhine is the competence center for Mercedes-Benz Trucks in the global production network. Furthermore, the Mercedes-Benz plant in Wörth has more than 50 years of experience in CKD (completely knocked down) production and delivers truck kits to numerous overseas markets for local assembly. With more than 10,300 employees, the Mercedes-Benz plant in Wörth is the second-largest employer in the federal state of Rhineland-Palatinate.

Daimler Trucks and Buses Emphasizes Commitment to Electrification at IAA 2018