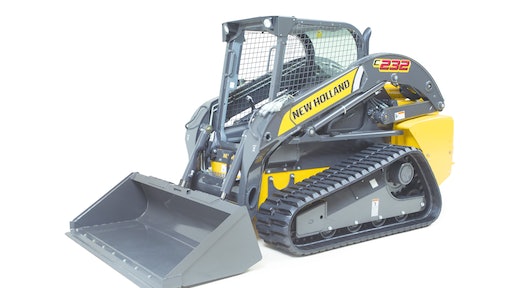 “With new engines, the 200 Series will not only meet the Tier 4 standards, they will also have more power and capability. They can still work in the same spaces they did before, but they will perform like a larger machine,” says Paul Wade, Construction Equipment Product Marketing Manager.

Thanks to the cutting-edge SCR system, engines benefit from significantly better fuel economy and more power and torque. One of the principal benefits of SCR technology is that it does not place any additional demands on the cooling package, which means that zero power is diverted to cool the exhaust gas.

The SCR system requires the use of AdBlue/DEF, a non-toxic water and urea solution, to neutralize the noxious nitrogen oxides found in the exhaust emissions and to turn them into harmless water and nitrogen. The addition of AdBlue contributes to significant fuel cost savings, even when the initial purchase price is taken into account.

Compact models meet Tier 4 Final standards with CEGR/DPF
The small-frame L213 and L216 compact skid steers meet Tier 4 Final status using CEGR and DPF technology. The L213 skid steer features a 2.2-liter ISM engine. With this new engine, the gross horsepower increases from 46 to 49 hp with a 9.6% torque boost. Compared to the L215 model it replaces, the L216 boasts an increased operating lift capacity of 1,600 lbs. Engine horsepower has been increased by 8 hp. Additionally, a hydraulic quick coupler option is now available on both of these compact skid steers.

The self-leveling bucket feature on the five models with the Super Boom design allows attachments to maintain the preset location throughout the lift cycle. Customers using pallet forks or other attachments to load materials into confined spaces will appreciate the extra work they'll be able to complete with the self-leveling feature.

Not only do we supply robust and reliable off-road engines that are characterized by premium product quality, we support projects all the way throughout the lifetime of the machines – from design right through to installation and superior service support.
December 2, 2020
Latest
Emissions Control & Exhaust Systems

Not only do we supply robust and reliable off-road engines that are characterized by premium product quality, we support projects all the way throughout the lifetime of the machines – from design right through to installation and superior service support.
December 2, 2020

Cummins components, including engines, aftertreatment and fuel systems are included on several vehicles being displayed by OEMs at the 66th IAA Commercial Vehicles show.
Cummins Inc.
September 23, 2016
Follow Us