The deal includes the roll back of some tariffs on Chinese imports and an increase in the amount of agricultural goods purchased by China. 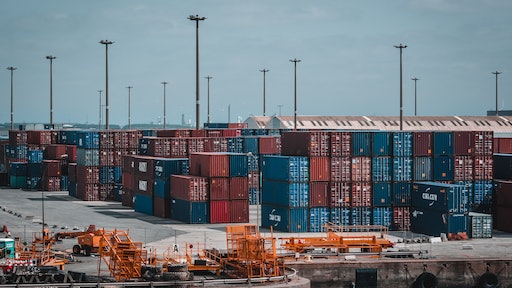 The Hill reports the U.S. and China announced "phase one" of a trade deal on December 13, 2019. Both parties will reduce tariffs and China will increase purchases of U.S. agricultural products.

President Trump announced the deal on Twitter and negotiations for "phase two" of the deal would begin immediately.

An announcement from U.S. Trade Representative Robert Lighthizer said the U.S. will keep 25% tariffs on $250 billion worth of Chinese imports of some products, but drop the tariff rate to about 7.5% on $120 billion of other imports.

The new deal also eliminated new tariffs of 15% which were scheduled to go into effect on another $156 billion worth of Chinese imports beginning December 15.

Specifics are still being worked out on the deal and expected to be made public soon.

The deal with China comes days after an agreement between the White House and congress on passage of a replacement to the North American Free Trade Agreement (NAFTA). The new United States-Canada-Mexico Agreement (USMCA) also reduces tariffs the U.S. had applied to imports from Mexico and Canada, and is designed to improve trade between the U.S. and its two largest export markets.

In regards to the new deal, the President of Alliance for American Manufacturing (AAM) Scott Paul released a statement saying, “The agreement announced today between China and the United States is simply not good enough for America’s workers. While details are still scarce, it appears the United States has agreed to roll back some tariffs and delay the consideration of additional ones, giving away much of our leverage, while kicking the can down the road on the most meaningful trade issues with China. That list is long, and includes Beijing’s massive industrial subsidies, its cyber-theft, the pervasiveness of its state-owned enterprises, and lax labor and environmental enforcement.

“These are tough issues, and the administration deserves credit for forcing China to the table, but it would be a mistake to abandon the attempt to fix them. Even if China refuses to budge from its mercantilism, the status quo contributed to the devastation of American manufacturing and stands in the way of future economic progress.”

“The announcement to scale back tariffs by the Trump administration is a good step in the right direction,” said Slater. “These tariffs have hurt equipment manufacturers, raised the costs of doing business and made it a lot harder for our industry to create more good-paying American jobs. The resulting trade war with China has also significantly hurt U.S. farmers and rural communities. With the 2020 election around the corner and with these tariffs increasingly wearing on the minds of American voters, we encourage the administration to continue negotiating with the Chinese government for the removal of all the remaining tariffs still in place.”

The ongoing trade tensions between the U.S. and China have caused much uncertainty over the past year and so far going into 2020. Manufacturers in the heavy equipment industry have expressed concern throughout the year and the impact on equipment sales. In its latest U.S. combines and tractors sales report, AEM said it was hoping for a return to stability in the global trade policies and practices to ease farmers' uncertainties. Trade tensions between the U.S. and China have had a negative impact on North American farmers and hindered their ability to invest in new equipment.

Tariffs have caused the price of U.S. goods overseas to increase, which has deterred some from buying products. And products imported into the U.S. have gone up in price—products such as components an OEM may need to integrate into a piece of equipment, causing manufacturers to figure out how to best deal with these increased production costs.

It was reported that in July, tariffs paid by U.S. businesses and consumers were up 62% and had reached the highest monthly total in history.

Many in the industry believe reaching a deal between the U.S. and China on tariffs would help alleviate the extra cost burdens placed on manufacturers and diminish uncertainty felt by businesses and consumers, leading them to spend more and thus bolster the economy.