AEM says it looks forward to working with the new administration officials to help advance the economy and equipment manufacturing industries. 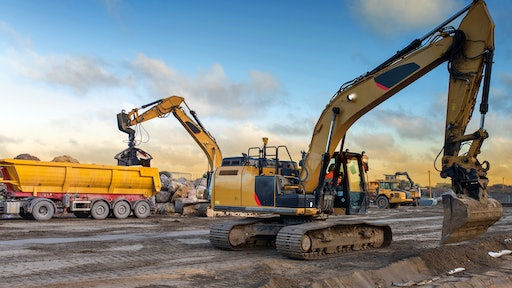 Among these include the nomination of Katherine Tai to serve as the U.S. Trade Representative.

“The Association of Equipment Manufacturers applauds President-elect Biden’s nomination of Katherine Tai to be the next U.S. Trade Representative. With 30% of all equipment manufactured in the United States destined for export, equipment manufacturers rely on mutually beneficial trade relationships to sell to more customers around the world and create more family-sustaining jobs in communities across America. USTR-designate Tai has built a reputation as a tough and effective negotiator with a proven track record of advancing U.S. trade interests and countering unfair trade practices, making her an excellent choice for U.S. Trade Representative. We look forward to working closely with USTR-designate Tai to advance free and fair trade policies and agreements that help accelerate American economic recovery and secure long-term prosperity for the 2.8 million men and women of our industry,” said Slater.

In response to President-elect Biden nominating North Carolina Department of Environmental Quality Secretary Michael Regan to serve as Administrator of the Environmental Protection Agency (EPA), Slater said, “The Association of Equipment Manufacturers applauds President-elect Joe Biden’s nomination of Michael Regan to be the next Administrator of the Environmental Protection Agency. Equipment manufacturers are committed to serving as catalysts for change in the manufacturing sector and building a better and more sustainable future for our nation. Our industry is uniquely familiar with integrating innovative technologies into our operations, whether it includes precision agriculture techniques to ensure more efficient harvests for farmers or deploying smart technology to promote sustainable construction practices in the execution of infrastructure projects. We look forward to working with EPA Administrator-designate Regan to advance a shared vision of a world in which all Americans’ basic needs – such as shelter, clean water, education, and sustainable and reliable energy – are fulfilled.”

Following the announcement of Pete Buttigieg being nominated to serve as Secretary of Transportation, Slater said in a statement:

“The Association of Equipment Manufacturers congratulates Pete Buttigieg on his nomination to serve as the next Secretary of Transportation. From dozers to pavers, to excavators and cranes, the 2.8 million men and women of the equipment manufacturing industry build the equipment necessary to maintain and modernize our nation’s transportation infrastructure. Building back better is what our industry does day in and day out, and equipment manufacturers stand ready to work with Mr. Buttigieg and the Biden administration to build a modern, resilient, and sustainable infrastructure.

“Earlier this year, Mr. Buttigieg participated in a presidential candidate forum on infrastructure co-hosted by AEM. Mr. Buttigieg outlined an ambitious plan for working with states, cities, and local government to cut the backlog of road repairs in half, repair half of the nation’s structurally deficient bridges, revitalize the shrinking Highway Trust Fund, and create six million new family-sustaining jobs. AEM looks forward to continuing the dialogue with Mr. Buttigieg on how to advance our shared vision for a 21st century infrastructure.”

Upon the announcement of Rhode Island Governor Gina Raimondo's nomination to serve as U.S. Secretary of Commerce, Slater said:

“The Association of Equipment Manufacturers congratulates Governor Gina Raimondo on her nomination to serve as the next Secretary of Commerce. With 30% of equipment manufactured in the United States destined for export, we need smart trade deals that expand opportunities to sell equipment around the world and ensure global trade is open, fair, and free. Governor Raimondo’s distinguished career as the 75th Governor of Rhode Island, successful businesswoman, and strong advocate for government-industry collaboration will serve her well as the next Secretary of Commerce. Equipment manufacturers look forward to working with Secretary-designate Raimondo to advance policies that improve equipment manufacturers’ competitiveness and ability to reach new customers abroad and create more American jobs and greater prosperity for our nation.”

Equipment manufacturers support one in eight manufacturing jobs in America, and the 2.8 million men and women of our industry make the equipment that build, power, and feed the world and positively impact the lives of every American every day.