D&S Manufacturing's facility was recently visited by Wisconsin's Governor Scott Walker who spoke about the importance of manufacturing to the state's economy. 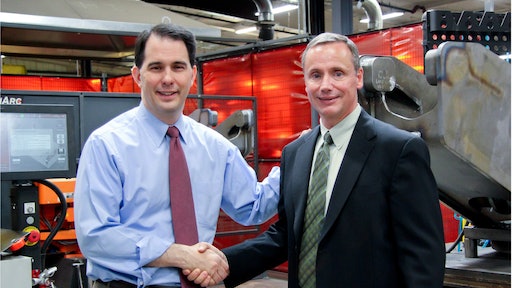 According to John Barkley, General Manager, Walker focused his remarks on the importance of manufacturing in the state of Wisconsin and government’s role in helping corporations remain competitive in today’s challenging global market. Specifically, the governor emphasized the significance of state administered tax credits, which provide incentives for businesses to invest in equipment and training initiatives. During his visit, Walker had the opportunity to interact with a number of employees within various areas of the company.

Epiroc customer Newcrest Mining has expanded the number of automated mining machines operating in its fleet.
Epiroc
November 12, 2020
Follow Us