WABCO announces it has promoted Nikhil Varty to the newly created role of Vice President, Americas and Mergers & Acquisitions. 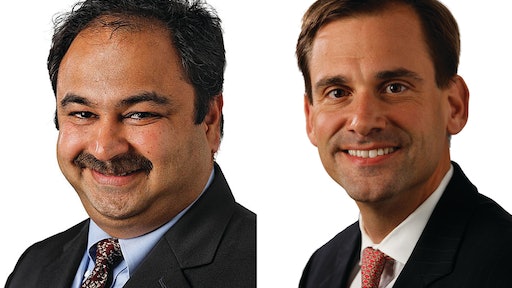 WABCO Holdings Inc., a global technology leader and tier-one supplier to the commercial vehicle industry, announces an executive appointment to the newly created position of Vice President, Americas and Mergers & Acquisitions, reporting to the Chief Executive Officer. It is another step in driving WABCO’s commitment to its three-pillar strategy of technology leadership, global expansion and excellence in execution.

Nikhil Varty, who joined WABCO in 2001, is promoted to Vice President, Americas, effective immediately. He is also now responsible for Mergers & Acquisitions globally. Previously, Varty was Vice President of WABCO’s Compression and Braking global business unit. He will be based in Rochester Hills, MI, at WABCO North America, the company’s newly created regional headquarters for North and South America.

Michael Thompson, who joined WABCO in 2005, assumes the increased responsibility of Vice President, Compression and Braking, also effective immediately. Previously, Thompson was Vice President of WABCO’s Car Systems global business unit. He will continue to lead the Car Systems business which is now integrated into the Compression and Braking business unit.