The AGCO brand Gleaner has become a sponsor of "Harvesting the High Plains," a film documentary about the Dust Bowl recovery. 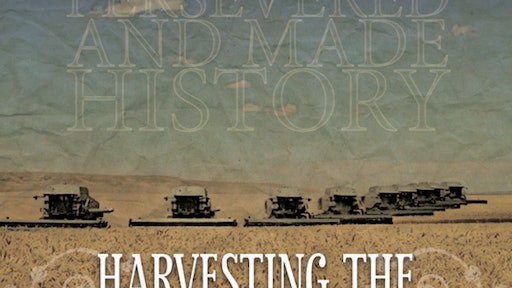 Gleaner, a brand of AGCO, Your Agriculture Company, will help bring the story of Dust Bowl recovery to audiences across the country as a major sponsor of “Harvesting the High Plains,” a film documentary. The documentary details the story of two men who began farming in 1933 in Dust Bowl–stricken western Kansas. Using never-before-attempted crop production practices, they overcame what were thought to be impossible challenges to reclaim the Plains. In 1947, they harvested one of the largest wheat crops ever raised by a single farming operation of that era.

Produced by Inspirit Creative in cooperation with Wichita Public Telecommunications, the film debuted during November at select theaters in Kansas and Nebraska. Gleaner’s sponsorship of the film documentary is a natural fit, according to Kevin Bien, Gleaner brand marketing manager with AGCO in Duluth, GA.

“Gleaner combine harvesters were born in Nickerson, KS, and the innovation in these early harvesting machines is very much a part of the story told through ‘Harvesting the High Plains,’” says Bien. “This story will resonate with farmers and their families across the nation; and though the time may be different, the challenges remain today. It is a great story of farmers’ perseverance and overcoming insurmountable odds to raise a successful crop.”

Narrated by Mike Rowe, creator and host of the Discovery Channel’s “Dirty Jobs,” and directed by Colby, KS, native Jay Kriss, “Harvesting the High Plains” brings to life the story of two men who lived in western Kansas during the 1930s. The story is told through the letters between the men that describe in detail each challenge, failure and triumph of their farming ventures — over 10,000 pieces of correspondence in all. By working with methods such as summer fallow and other dryland wheat farming techniques, the men restored the land and reclaimed the High Plains, helping to make the region the breadbasket of the world.

Gleaner was one brand that brought mechanization to the farm, helping forge change in the agriculture of that day. “The Gleaner name was very prominent throughout our research of this time, and we were thrilled to include a restored Gleaner model 'A' in part of the film,” says Kriss. “If you can imagine, at one point during the 1947 harvest, GK Farms had more than 130 custom-operated combines cutting on one given day.”