Bendix’s two-year exemption by the FMCSA ensures fleets are not in violation of windshield clearance regulations when using lane departure warning and collision mitigation safety technologies. 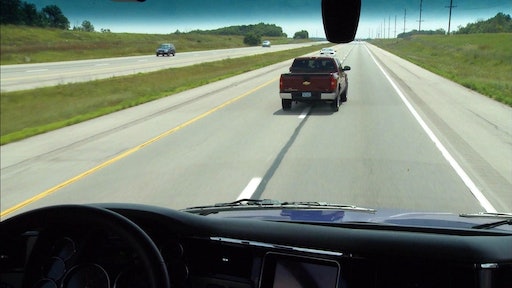 In its decision granting Bendix’s request for exemption from certain windshield clearance rules, the Federal Motor Carrier Safety Administration (FMCSA) cited highway safety and the benefits of LDW technology, as well as its belief that collision mitigation technologies will offer similar benefits. The exemption – which took effect November 18, 2015 – allows fleets and drivers to continue installing and using Wingman Fusion and AutoVue while remaining within FMCSA regulations. The new two-year exemption period expires on November 17, 2017.

AutoVue is a vision-based system linking a camera with a 60-degree field of view to an on-board computer that uses image recognition software to track visible lane markings. This market-leading LDW system continually monitors a vehicle’s position and detects when the vehicle begins to drift toward an unintended lane change. Upon detection, AutoVue emits a distinctive “rumble strip” or other audible warning to alert the driver to make a correction.

Under the FMCSA prohibitions on obstructions to a driver’s field of view, devices such as antennas or transponders that are mounted at the top of a windshield must be located outside the area swept by the windshield wipers. The exemption covering the camera component of Wingman Fusion and AutoVue  states that motor carriers using lane departure warning systems and collision mitigation systems can mount sensors no larger than 2 in. by 3.5 in. within that area, though not more than 2 in. below its upper edge, and outside the driver’s sight lines to the road, highway signs and signals.

After Bendix purchased AutoVue from Iteris Inc. in 2011, the company received a two-year FMCSA windshield clearance exemption for the system. The exemption was extended for an additional two years in November 2013.

Wingman Fusion and AutoVue are effective in most weather conditions where lane markings are visible, which means the systems’ forward-facing cameras need to be mounted within the swept area of the windshield wiper.

“This extension means Bendix customers can continue to rest assured that a properly mounted Wingman Fusion or AutoVue camera will not constitute a violation, which may affect a fleet’s CSA BASIC score during roadside inspections,” says Fred Andersky, Bendix Director of Customer Solutions – Controls Group. “As use of these types of driver assistance technologies continue to grow, it is possible this exemption could become permanent before Bendix would seek another extension.”

In an October 2013 report evaluating the effectiveness of on-board safety systems, the FMCSA found that trucks without LDW systems had an LDW-related crash rate per Million Vehicle Miles Traveled (MVMT) nearly twice as high as trucks equipped with such a system. This means that use of an LDW system translates to a 47.8% crash rate reduction per MVMT in LDW-related crashes. When the FMCSA renewed its initial exemption in 2013, it said the decision would maintain a level of safety that is equivalent to, or greater than, the level of safety achieved without the exemption.

Wingman Fusion and AutoVue are part of Bendix’s ever-expanding portfolio of safety suites and technology developments that deliver on areas critical to fleets’ success: safety, performance, efficiency and post-sales support. Through these efforts, Bendix aims to help fleets and drivers lower total cost of vehicle ownership and strengthen return on investment in equipment and technology, improving safety for everyone sharing the road.