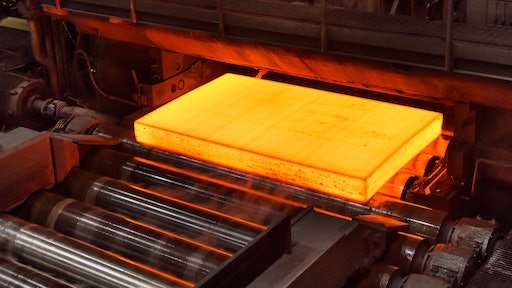 SSAB has now produced the world’s first fossil-free steel and delivered it to a customer. The trial delivery is an important step on the way to a completely fossil-free value chain for iron- and steelmaking and a milestone in the HYBRIT partnership between SSAB, LKAB and Vattenfall.

In July, SSAB Oxelösund rolled the first steel produced using HYBRIT technology, i.e., reduced by 100% fossil-free hydrogen instead of coal and coke, with good results. The steel is now being delivered to the first customer, the Volvo Group.

“The first fossil-free steel in the world is not only a breakthrough for SSAB, it represents proof that it’s possible to make the transition and significantly reduce the global carbon footprint of the steel industry. We hope that this will inspire others to also want to speed up the green transition,” says Martin Lindqvist, President and CEO of SSAB.

“Industry and especially the steel industry create large emissions but are also an important part of the solution. To drive the transition and become the world's first fossil-free welfare state, collaboration between business, universities and the public sector is crucial. The work done by SSAB, LKAB and Vattenfall within the framework of HYBRIT drives the development of the entire industry and is an international model,” says Minister of Trade and Industry of Sweden Ibrahim Baylan.

“It’s a crucial milestone and an important step towards creating a completely fossil-free value chain from mine to finished steel. We’ve now shown together that it’s possible, and the journey continues. By industrializing this technology in the future and making the transition to the production of sponge iron on an industrial scale, we will enable the steel industry to make the transition. This is the greatest thing we can do together for the climate,” says Jan Moström, President and CEO of LKAB.

“It’s very pleasing that the HYBRIT partnership is once more taking an important step forward and that SSAB can now produce the first fossil-free steel and deliver to the customer. This shows how partnerships and collaboration can contribute to reducing emissions and building competitiveness for industries. Electrification is contributing to making fossil-free living possible within one generation,” says Anna Borg, President and CEO of Vattenfall.

SSAB, LKAB and Vattenfall created HYBRIT, Hydrogen Breakthrough Ironmaking Technology, in 2016, with the aim of developing a technology for fossil-free iron- and steelmaking. In June 2021, the three companies were able to showcase the world’s first hydrogen-reduced sponge iron produced at HYBRIT’s pilot plant in Luleå. This first sponge iron has since been used to produce the first steel made with this breakthrough technology.

The goal is to deliver fossil-free steel to the market and demonstrate the technology on an industrial scale as early as 2026. Using HYBRIT technology, SSAB has the potential to reduce Sweden’s total carbon dioxide emissions by approximately ten per cent and Finland’s by approximately seven per cent.

“We’ll be converting to electric arc furnace in Oxelösund as early as 2025. This is the first production site within SSAB to make the transition, and it means that we’ll already be cutting large amounts of carbon dioxide emissions then. This is a major responsibility, one that we’re proud to shoulder, and it brings great opportunities to the region,” says Johnny Sjöström, Head of SSAB Special Steels Division.

A new hydrogen gas storage facility will be built near the pilot plant to demonstrate a cost-effective, emissions-free method of producing steel.
SSAB
October 4, 2019

Four designs utilizing steel in new and unique ways are being considered for the annual prize awarded by SSAB.
SSAB
October 3, 2019
Follow Us