HCEA's 25th annual convention and exposition saw numerous visitors from the US and around the world. 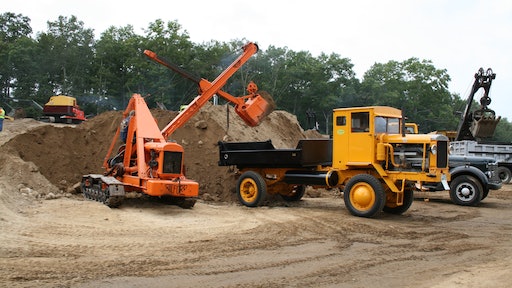 The Historical Construction Equipment Association (HCEA) held its 25th Annual International Convention and Old Equipment Exposition at the Washington County Fairgrounds in Richmond, RI, September 10 through 12, 2010. The show was organized through the volunteer efforts of the HCEA’s Northeast RockBusters Chapter.

Approximately 240 machines and trucks, produced throughout the 20th century and brought in from as far away as Nebraska, were displayed. Many of the construction machines and dump trucks were demonstrated during excavation of a hillside. Spoil was used to improve a parking area at the fairgrounds, and hydraulic rock splitting was also demonstrated. Several thousand people from throughout the United States as well as Australia, Brazil, Canada, England, Ireland, Sweden and Switzerland attended the show.