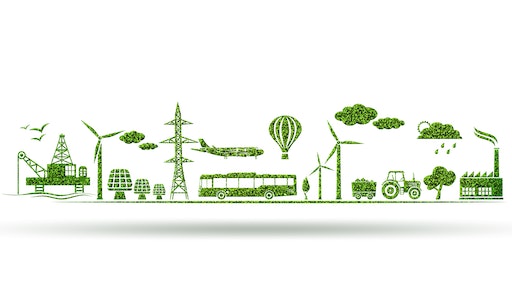 On April 22, U.S. President Biden announced a new emissions reduction target in line with the Paris Climate Agreement. He is proposing a 50-52% reduction in economy-wide net greenhouse gas (GHG) emissions from 2005 levels by 2030. This is an interim goal on the path to achieving net-zero emissions by 2050.

The President made the announcement during the Leaders Summit on Climate in which he is meeting various heads of state and administration officials to discuss climate challenges and potential solutions.

These new emissions reduction targets are part of the President's building back better initiative. Besides aiding the environment, efforts to reduce emissions will bring about the need for new technologies which in turn will create new jobs and industries that will help fuel the economy.

Per a White House fact sheet which lays out the new emissions targets, President Biden has launched a whole-of-government process organized through his National Climate Task Force to establish the emissions targets which are known as the nationally determined contribution (NDC). It will be formally submitted to the United Nations Framework Convention on Climate Change (UNFCCC).

To achieve the climate goals while aiding the economy and U.S. citizens, the White House fact sheet states the country needs to:

In response to the President's new emissions target announcement, Environment America President Wendy Wendlandt said, “Global warming is the existential challenge of our times, but we have more solutions at our fingertips than ever before. Rejoining the Paris agreement was just step one. Now the Biden administration has taken another big step by committing to cut global warming pollution in half by 2030. That’s exactly the kind of bold leadership we need. But just as critical are the policies we implement to get there. We look forward to working with the administration and officials, businesses and other institutions across America to accelerate a rapid transition to renewable sources of energy and to facilitate faster and more widespread adoption of zero emissions electric vehicles.”

U.S. PIRG President Faye Park also stated her support for the new targets and emphasized the need for common sense plans which will aid the planet and health of U.S. citizens. “If we implement common sense climate solutions today, we can preserve a livable planet, clean air and clean water for generations to come. Reducing pollution from dirty energy sources and our transportation vehicles, like our cars, trucks and school buses, will not only lower climate emissions, but will also clear our air and promote healthier communities. With his proposal to halve emissions by 2030, President Biden is putting the health of Americans at the forefront. Under this plan, we will be well-positioned to take polluting cars off the road and get more people walking and biking. We must also replace dirty diesel school buses with all-electric ones to protect our kids’ lungs. And we need to prioritize energy efficiency and renewable energy sources that keep our air clean. The American people want a healthier future, and we’re glad to see President Biden take bold steps toward delivering one.”

Technology will play a key part in reducing emissions

The Administration believes there are multiple paths which can be followed to achieve its emissions reduction goals, and every industry can have an impact including the transportation and manufacturing industries. Among the policies under consideration are further reducing tailpipe emissions from vehicles and investing in new technologies including alternative fuels.

The U.S. Dept. of Energy has already initiated new funding programs which help support these efforts. And President Biden's proposed infrastructure plan would include money for more sustainable forms of transportation to be developed and implemented.

Efforts are already being made in various vehicle industries, including the heavy-duty on- and off-road equipment industries, to create cleaner and more efficient systems through electrification and other means. The number of new vehicles and equipment powered by alternative energy sources continues to grow, making it easier for the U.S. and other countries to meet emissions reduction goals.

Research firm IDTechEx has released a list of technologies it believes will be key to addressing emissions reduction targets.

IDTechEx notes in its press release announcing the list of emissions reduction technologies that the electric car market soared in 2020, growing 40% on a year-over-year basis. Uptake of electric vehicles in the heavy-duty segment is increasing, as well. Just recently Volvo Trucks North America announced it has received its largest customer order to date for its VNR Electric.

Industrial policy has been a key driver for the uptake of electric vehicles, says IDTechEx, and will continue to be in the foreseeable future as governments enact policies aimed at reducing emissions.

While electrification is seen as the currently most efficient route to decarbonization, not all industries are capable of making use of electric power systems. This is the case with many large pieces of heavy equipment; the size of the batteries needed is cost prohibitive in many instances, and may not provide the power necessary for such large equipment.

As such, alternative fuels offer potential alternatives. Those made from renewable sources are especially beneficial as there would be fewer inputs necessary to produce them as is one of the challenges currently with some alternative fuels.

IDTechEx notes in its press release there has been considerable growth in the past decade in using solar and wind power for electrical grids. However, as electrification continues to grow there will be a need to further expand the grid's capabilities which will make maintaining grid stability a necessity going forward.

One of the many ways being researched is the potential of using electric vehicle batteries to provide energy storage. Once past their useful life in a vehicle, the batteries still have energy capacity which can be used to power the grid. This not only provides needed power, but keeps the batteries from entering landfills too soon and harming the environment, otherwise defeating the purpose of their use.

Per IDTechEx's press release, Carbon capture, utilization, and storage (CCUS), or carbon capture and storage (CCS), is a set of technologies used to strip carbon dioxide (CO2) from industrial waste gases or directly from the atmosphere. Once the carbon dioxide is captured, it is either stored permanently underground (carbon storage) or it is used for a range of industrial applications (carbon utilization), such as CO2-derived fuels or building materials. CCUS technologies are likely to play a key role in the fight against climate change, with the UN estimating that CCUS could mitigate between 1.5 and 6.3 gigatonnes of CO2 equivalents per year by 2050.

IDTechEx says this technique can help to mitigate climate change, but does not necessarily reduce overall emissions in the long-term, and more research is yet needed.