Dennis Slater, President of AEM, said passage of the USMCA will aid the heavy equipment industry and the broader U.S. economy, adding up to $68 billion to the economy and helping create 176,000 jobs. 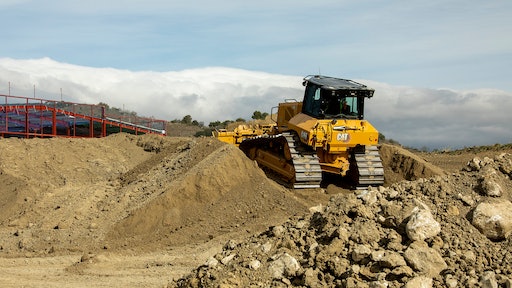 AEM says passage of the USMCA will benefit the heavy equipment industry by preserving duty-free trade between the U.S., Canada and Mexico.
Caterpillar Inc.

“With today’s bipartisan House vote to ratify the USMCA, we’re another step closer to securing a North American trade deal that works for U.S. farmers, equipment manufacturers, and hardworking American families,” said Slater. “The USMCA will be a boon for our industry and the broader U.S. economy, adding up to $68 billion to our economy, creating 176,000 jobs, and preserving duty-free market access to our Canadian and Mexican trading partners. We now urge the Senate to follow the lower chamber’s lead quickly when Congress returns in the new year.”

Over the past 2 years, AEM has called on both the Trump Administration and Congress to deliver an updated North American trade agreement for the 21st century. USMCA fulfills many of our industry’s goals and strengthens North American equipment manufacturing. Efforts include co-hosting the Honorable Mike Pence, Vice President of the United States, at an equipment manufacturing facility earlier this year in support of the agreement, sending a letter in support of the USMCA to Chairman Neal (D-Mass.) and the nine members of the House Democrats’ Trade Working Group, and running an ongoing public education campaign on the various benefits of a ratified USMCA. AEM is also a member of the USMCA Coalition.