Associations are urging the U.S. and European Commission Presidents to immediately suspend tariffs to ease economic burden on manufacturers. 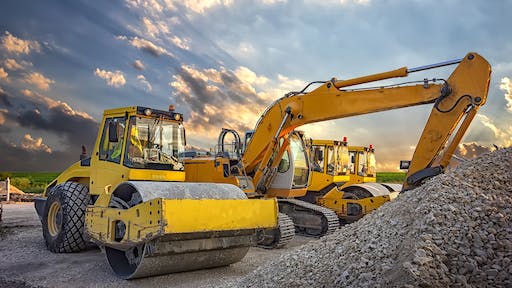 Some types of construction equipment imported from the U.S. into Europe have been subject to tariffs.
©EdVal – stock.adobe.com

The dispute is related to government subsidies given to The Boeing Company and Airbus SE, which lead the World Trade Organization (WTO) authorizing the European Union to impose retaliatory tariffs on goods imported from the U.S. However, tariffs have been placed on goods from unrelated industries, including some construction equipment.

In its announcement, CECE says the coalition of associations emphasized the economic burden created by the tariffs on manufacturers. Removing them would help ease these burdens and help to re-establish a more cooperative trading relationship between the U.S. and Europe.

The associations stated in their letter, "The COVID-19 pandemic and the necessary closures of non-essential businesses continue to affect the global economy, including our sectors which support millions of jobs on both sides of the Atlantic. The ongoing EU-U.S. trade disputes and additional tariffs, which continue to plague Trans-Atlantic trade, have made a bad situation worse. With the damages we have suffered last year and are still suffering, the current situation cannot be allowed to go on any longer."

The groups further stated, "We believe the immediate suspension of these tariffs is a necessary and fundamental action, which will provide an economic stimulus at a time when it is needed most.

"Our industries support a constructive and flourishing trade and economic relationship between the U.S. and EU. Removal of these tariffs will provide the positive momentum to reset the important bilateral relationship and cooperative efforts to address global economic challenges. In addition, a shared commitment to avoid new additional tariffs will create the necessary certainty and stability needed to grow the Trans-Atlantic economy."