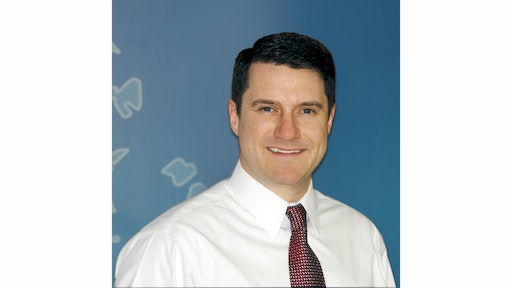 [TECH OF THE FUTURE] What current ideas and new technologies have the most potential for future gain?

With the recent introduction of Google’s self-driving cars, which rely on sensors and GPS rather than a human driver, it’s only a matter of time before fully autonomous vehicles spread to other areas of transportation. This technology has potential for expansion into mega-farms and construction sites as well. Designers of prototype vehicles can prepare for the shift to more autonomous operation of off-highway equipment by focusing new equipment development on two key areas: increased equipment density and predictive maintenance.

By transferring responsibly from the driver to the vehicle’s operating system, designers of autonomous vehicles are already choosing to omit standard features such as pedals and steering wheels, which frees up more design space. As more off-highway vehicles become fully autonomous, cabs will no longer be required, which allows for more design freedom. Designers will be to position major components in areas of the vehicle where it makes the most sense, such as shifting the engine and powertrain to a location for optimum weight distribution.

With this increase in equipment features, vehicles will require additional access doors and panels on equipment to ease the speed of maintenance and serviceability. The sensors used in autonomous equipment will also become more intelligent as the technology evolves, providing equipment status and enhancing safety and security. While external cameras and sensors are already being used to deliver feedback to the autonomous vehicle’s system controls, an increase in internal sensors can also provide predictive maintenance feedback that can be used to avoid costly repairs and downtime.

For maintenance personnel, the need for quick, reliable access to critical areas of off-highway equipment is as critical today as it will be to the autonomous vehicles of the future. With fewer operators on the actual job site, adding additional security to these panels will also be necessary. Sensors placed on access panels can be used to send notifications to networked systems to monitor access remotely. This technology offers the owner or manager of the equipment a way to track unauthorized entry, locate a vehicle and even notify authorities, providing enhanced security from anywhere in the world.

Regal customers can use any smartphone to scan this simple, yet effective QR code to gain access to information on the company's bearings.
Regal Beloit Corporation
December 23, 2020

As development of autonomous on- and off-highway equipment continues, so will the need to ensure the security of the equipment.
October 1, 2020

The importance of controlling access to and monitoring equipment will continue to grow as machine automation and connectivity progresses.
October 1, 2020
Follow Us