SIKO offers a complete system of sensor options for crane applications which help meet and improve upon safety requirements, as well as performance. 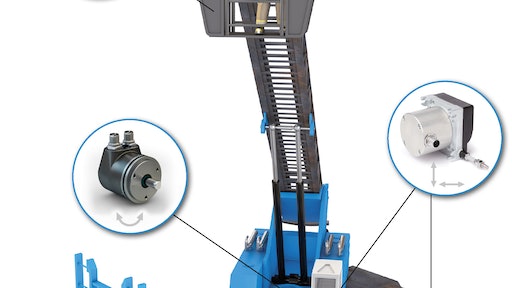 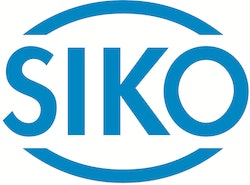 Whether in mobile cranes, vehicle- or truck-mounted cranes, intelligent sensors are nowadays indispensable for this entire range of equipment. Accurate detection of the support jack, the angle of the slewing ring, the angle of the overall vehicle, the installation angle of the booms and the exact position of the winch are becoming an integral part of intelligent mobile cranes. But these systems are not only used to meet the requirements of EN ISO 13849 or EN 13000 to comply with the safety directives and therefore ensure the vehicle's stability. For some time, these sensors have also been used to significantly increase the efficiency and performance of mobile cranes in commercial vehicles.

Through many years of experience in this area, SIKO GmbH has developed a complete system of sensor components for exactly these types of vehicles in order to not only make cranes safer for use, but also to maximize the efficiency and performance of each crane. With sensors designed specifically for use in cranes, crane manufacturers have the option of intelligently networking their crane in order to increase performance.

The working environment at construction sites is often imperfect and confined. In many cases, the supports of mobile cranes cannot be fully extended and the crane is thereby limited in its use. It may be the case that the mobile crane must be placed at the site in a way that limits the support width to only 60%. In this case of limited installation space, a crane without active support monitoring only allows the crane to be supported at half the support length on both sides, for example. Thus, a large range of its actual performance spectrum is lost.

In order to prevent exactly this type of loss, it is important to be able to precisely detect the position of each support jack at all times. SIKO relies on wire-actuated encoders with a very high degree of robustness. Using draw-wire sensors in the support jacks allows for the position of every jack to be continuously monitored and forwarded to the machine control system. This information enables the machine control system to extend each support jack of the crane to the maximum possible reach allowed by the location.

This means the supports can be variably extended, e.g., they can be fully retracted on one side of the crane while being fully extended on the other side. When comparing an old crane to a new crane and based on having half the support base, thanks to the sensors from SIKO it is possible to achieve a significantly better reach into the desired direction before the load torque limitation switches off the crane's movement.

For this application, SIKO has been continuously developing draw-wire sensors over the last 30 years hand-in-hand with its customers in order to meet the demands of the harsh environment of mobile cranes and to achieve an increase in performance for the customer. Furthermore, the durable structure of the sensors is even more impressive, especially for mobile applications. For example, the spring assembly is protected against the ingress of dirt and water and always works perfectly even at temperatures below freezing.

In recent years, increasingly safe wire-actuated encoders were developed based on changing standards. The safety assessment has increased considerably especially for mobile cranes, not just since the new draft of EN 13000. The SIKO wire-actuated encoders SG32, SG42, and SG62 offer this improved safety by means of a special and complete redundant sensor technology, which is employed to measure the absolute position. Two completely separate sensor systems detect the exact position and display them separately as analog signals. With measuring lengths between 3 and 6 m, these sensors are ideally suited to accurately determine the position of outriggers on cranes and working platforms as well as for determining the position of booms. In combination with safe control systems, the wire-actuated encoders allow the overall system to be certified pursuant to SIL2 PLd. With MTBF values of >100 years, these sensors are optimally suited for use in certified complete systems.

To use digital interfaces, products with CANopen with a simple or redundant design, SAE J1939, or the CANopen safety interface are available. This gives the customer the option to choose from a variety of wire-draw mechanisms. The most diverse of sizes are available with lengths between 1 and 15 m. Thanks to the flexible SIKO attachment system, the wire-actuated encoders can be factory-fitted with the desired field bus interface.

Another important aspect is selecting the right interface. In order to ensure the customer maximum flexibility in this regard, the slewing ring encoders are available with all standard interfaces. Depending on the application, the customer can choose between analog outputs, CANopen, or SAE J1939 interface. A redundant version of the slewing ring encoder is available with a redundant CANopen interface or CANopen Safety. Well-rounded all around.

A further important factor to realize the optimum performance range of the crane is provided by an additional encoder of the SIKO sensor system for mobile cranes. As soon as the telescopic boom is extending skywards, the load torque limiter must detect the exact installation angle of the boom. For this too, the single-turn version of the redundant rotary encoder WV58MR from SIKO is used on the swivel joints of the telescope. Extremely robust and resistant to environmental influences, it withstands the harshest weather conditions. With protection class IP67, a wide temperature range of -40-85 C (-40-185 F), and a special protective coating, it is perfectly suited for mobile machines. By simple adaptation of the rotary encoder, it can detect the exact installation angle directly on the boom and forward this information via the interface.

Always on a firm footing

In order to always ensure a firm footing, it is important to know (in addition to the mentioned angle and path) whether or not the vehicle inclination even permits the load under the relevant conditions. In order to properly detect the angle of the vehicle to the ground, SIKO takes advantage of a simple natural feature. Gravity.

The sensor uses gravity to detect positions with a system accuracy of +/- 0.1 degree in the range up to 360 degrees. The micro-electromechanical measuring systems (MEMS) within the sensor detect the precise orientation of the vehicle to the ground. An IK360 inclinometer as a single-axis version (0-360 degrees) or as a two-axle version (+/- 80 degrees) are available for this. The compact IK360 is also characterized by quick, uncomplicated, and error-free installation through three-point mounting. In addition, the small tilt sensor impresses with its high protection class IP69K. This means the fully encapsulated sensor can also be mounted in the undercarriage and can deal with water and dirt in any situation.

Performance increase in the system

Through the examples described above, it becomes clear that information that is made available by intelligent sensor systems not only increase the safety of mobile cranes, but also their efficiency and performance.

Through this, permissible workloads can be calculated directly in the crane control system and continuously updated in real-time during crane movements. Intelligent and efficient linking of these values ​​helps to calculate the tilting edge, the current center of gravity of the crane with load. But the control system and the safety-related load torque limiter are not the only ones to profit from this. The collected information can be made available to the crane operator, which can make his work much easier in and on the crane. Accidents caused by incorrect operation can be avoided both during setup and when lifting loads.

Through this new flexibility, dispatchers can better plan the deployment of their vehicles to construction sites and thus use the vehicles more efficiently. So the end user benefits directly, not only through improved safety, but also through a higher load capacity and a larger work area when using the crane.